How The Ozone Can Get Rid Of Even The Worst Smells?

Have you ever felt trapped by a terrible odor that won’t go away? Bad smells have a way of seeping into carpeting or fabrics of housing or cars whether its food, bacteria, or other terrible odors making them last a very long time. While the stinks seem impossible to get rid of, it is possible. Ozone, a molecule that comprises a large portion of the Earth’s atmosphere, can destroy the molecules of bad smells.

How does it work?

Bad smells, like everythizg else, are made up of atoms; however, these atoms are often in bacteria or spores. Therefore, to eliminate these bad smells you have to either change the chemical structure of its atoms and molecules or you have to eliminate them. This is where the ozone comes in. Ozone is a composition of three oxygen and is formed through radiation. Because of this, it is very reactive and can be used to react with these bad smells. When Ozone interacts with these particles it either eliminate or change the chemical structure of their molecules so they are less putrid.

How can ozone be used?

These ozone generators can be bought for relatively cheap and can lift the burden of that horrible smell. In order to use these generators successfully, you must place the generator in the affected room, plug in the generator, turn on the generator, exit the room, and seal the doors. This allows for the generator to clean the room without seeping into other rooms. Doing this, will make your cleansing more successful. 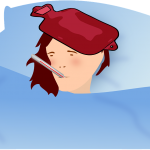 Is Mold Making Me Sick?Uncategorized