Bad Odor Removal: What is that Smell?

As nice as it would be to always keep a perfectly clean, fresh smelling home — the truth is, bad odors happen. When an odor has permeated a space, it is because small particles of an offensive substance have been released into the air.  These particles are rooted in a bigger problem and can often cause headaches, nausea, asthmatic reactions, and more health-related issues.

Some of the most common odors are caused by pets, foods, clogged drains and garbage disposals and can be taken care by household products. Other odors are caused by urine contamination, decomposition, chemicals, mold, fire and smoke damage and even skunks and must be addressed immediately by professionals. Jenkins Environmental employs IICRC-certified odor-removal professionals that can help remove permanent odors.

Here are the 3 tricks for bad odor removal in your home:

One of the many uses for vinegar is odor removal. You can add it to your laundry to remove mildew smells, pour it in a bowl placed in the corner of a room to deodorize, put it in a dishwasher for general gleaning, or dilute it with water and spray it on stains, just as you would with any other cleaner.

Charcoal has great natural odor removing abilities.  There are places that store bamboo charcoal, which can conveniently be placed around the home, such as at the bottom of a trashcan, near a litter box, in smelly shoes, or anywhere else there’s a buildup of smells, mold or mildew.

Last but not least, baking soda is the classic deodorizer. Put an open box in the refrigerator or cupboard to keep odors at bay, sprinkle a little in a litter box to minimize smells, or dust onto stained upholstery or carpets and then vacuum to remove smells.

The most important thing to remember is not to let excessive damage mount and for excessive odors to affect your or your loved-ones’ well-being and quality of life. If an odor has gotten out of hand and you aren’t’ having any success dealing with it yourself using the above, the problem can be taken care of with just one call and a visit from one of our highly-qualified technicians.

If you are dealing with foul odors, Jenkins Environmental Services can help. 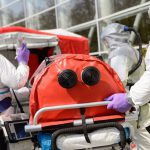